How to Value Your Stock 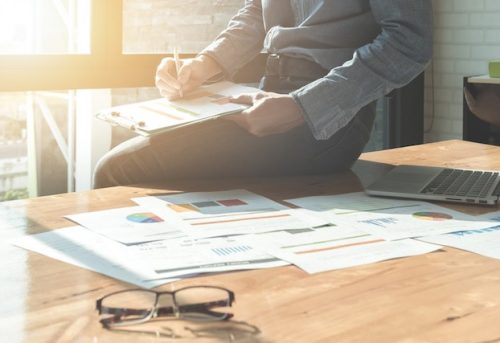 Opening and closing stocks are included in Trading Accounts to calculate cost of sales and gross profit. Closing stock is included as a current asset in Balance Sheets as part of working capital. Therefore, the value placed upon stocks is of very great importance. Three possible ways in which stock may be valued are

Selling price is also an unsatisfactory way of valuing stocks as the following example shows.

This example shows the company making a profit of $200 in the year ended 31 December 2016 although he has not sold the goods, but not making any profit in the next year when he sold them. Valuing the stock at selling price offends three important accounting principles:

It is an important principle that stocks should never be valued at more than costs. Valuing stocks at a historic cost observes the principles of realisation, matching and prudence.

Another important principle is that the method used to value stocks should be used consistently from one accounting period to the next. The methods are considered next.

A manufacturer of computers, however, would not find it easy to say how much he paid for the stocks of parts he needed for the computers. Purchases of hard drives, for example, would be in bulk and made at different times and at different prices. It would be impossible to say at the year-end how much had been paid for any particular hard drive still in stock. The problem is solved by assuming that stock movements occur in a particular pattern, even if that is not strictly so. This is often called a convention: something that is assumed to happen even if it is not strictly true, at least all the time. The three methods considered here are:

There are many companies providing the best bookkeeping services in Singapore, who can assist you in accurately valuing your inventory and stock. For any technical matter, we suggest you seek their advice.